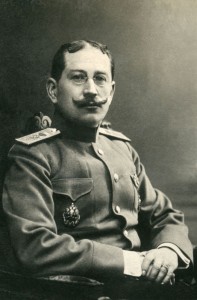 The term “stem cell” for the first time was introduced by the Russian histologist A. Maximov in 1908 to define hematopoietic stem cells of the bone marrow

In 1970, a scientist A. Fridenshtein described and successfully cultivated the fibroblast-like cells, that were subsequently called “mesenchymal stromal cells”. In 1981, scientists Martin Evans , Matthew Kaufman, and Gail Martin the first time isolated embryonic stem cells from murine embryoblast. In 1999, the journal Science recognized the discovery of stem cells as the third most important event in the history of biology after decoding of the DNA double helix and the project “Human Genome”. In 2012, a Japanese scientist Shinya Yamanaka and British researcher John Gurdon won the Nobel Prize for the discovery of the possibility of reprogramming adult stem cells into cells with induced pluripotency (iPS-cells) , ie, to translate them into a state similar to embryonic cells .

The impetus for the development of cell transplantation were the atomic bombings of Hiroshima and Nagasaki at the end of the World War II ( 1945 ), which prompted scientists to find effective means for the protection of mankind from radiation exposure. The first transplantation of the bone marrow hematopoietic stem cells, conducted on mice , dogs and monkeys showed their restoring action after radiation exposure . 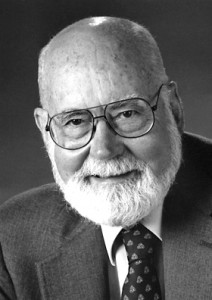 The first bone marrow transplantation in human was conducted in 1959 by Donnal Thomas between monogerminal twins, one of whom suffered from leukemia.

The same scholar in 1990 received the Nobel Prize for the improvement of this method for the treatment of leukemia and other life-threatening diseases. In 1965, scientist Mathe the first described long engraftment of bone marrow from a matched sibling donor and antileukemic effect of this operation. In 1970, M. Bortini reported 203 bone marrow transplants performed in the world between 1958 and 1968. Although at the time of the report only 3 patients were alive. The main reasons for failure in the first bone marrow transplants were the failure of the engraftment, “graft- versus-host ” syndrome and relapse of leukemia . Success in the field of hematologic transplantology came only after the discovery of human leukocyte antigen (HLA – human leukocyte antigen) or the so -called “immune passport” by the scientists J. Dausset and J. Van Rood , according to which actually the organs for transplantation are selected.

In 1974, the Danish scientist S. Knudtzon made a real discovery – he revealed that umbilical cord blood contains a large quantity of the same hematopoietic stem cells as bone marrow. 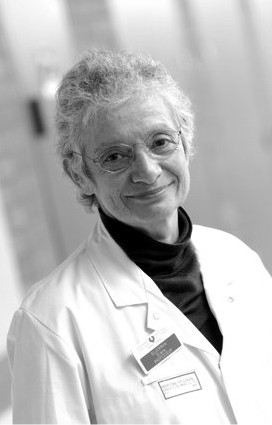 Soon, the presence of stem cells in cord blood was confirmed by the other researchers, and in 1988 Professor of Hematology Eliane Gluckman in Paris (France), performed the world’s first transplant of umbilical cord blood to a child with Fanconi’s anemia from his newborn sister.

The year 1992 can be considered the date of launching of cord blood banking, when in the University of Arizona the first cord blood sample was frozen for long-term storage, which belonged to the son of Professor David Harris.

A year later in the United States of America the first program of public cord blood banking was established, which provides cord blood transplants to patients with indications to hematopoietic stem cells transplantation, which in 1998 was accredited by the American Association of Blood Banks (AABB). Today David Harris is the Director of the world’s largest cord blood bank – Cord Blood Registry.

In 2003, the Journal of the National Academy of Sciences of USA (PNAS USA) published an article, reporting that after 15 years of storage in liquid nitrogen, cord blood stem cells fully retain their biological properties. Later, this fact was confirmed by 24-year follow-up, justifying the feasibility of long-term umbilical cord blood banking.

Currently, the number of umbilical cord blood hematopoietic stem cells transplants in the treatment of hematological and non-hematological diseases in children and adults performed in the world is more than 30,000.

With the development of cellular medicine and the widespread introduction of methods of treatment of a wide range of cancers and somatic diseases using stem cells, in addition to cord blood banking, the cryopreservation of autologous hematopoietic stem cells from peripheral blood, stem cells from placenta, umbilical cord tissue, endometrium , adipose tissue, milk teeth, etc emerged. 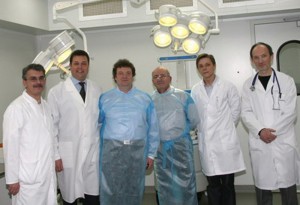 In Ukraine, the Institute of Cell Therapy (Kiev), in collaboration with leading research institutes developed and put into daily practice advanced techniques of cord blood stem cells, other cells and tissues cryostorage, as well as methods of treatment with the use of cell preparations. The experience of tissue cultures transplants, performed at the world-renowned Gusak Institute of Urgent and Reconstructive Surgery (Donetsk) actually counts thousands of successful operations.

The centre of embryonic tissues “Emcell” is also engaged in the clinical application of cell preparations. This centre, the first in the world, patented drugs of immune-correcting action, based on cell substances, and methods of treatment of diseases with the use of these drugs.